On September 15th I joined the Omaha based filmmaking competition called OFF 48hr. Film Challenge. I had a writer on board…. my friend and collaborator, Christine McGuigan. I had my other good friend Bruce Briggs on board to act. I also had my Friend Kevin Keplar with us for sound. Other than that we went into it not knowing ANYTHING about what we were going to do. That’s the entire fun of a 48hr. film challenge. On the night of the launch… me, Kevin and Christine went to the Omaha Film Festival’s office and got our category, line of dialogue and prop requirements. Comedy, “it’s never been more clear” and a calculator. After that, me and Christine went back to her house to start thinking of ideas. It was tough at first until I texted Bruce Briggs and asked him to give me some character ideas that he’d like to play. When he said “youtube un-boxer” we knew we had a funny idea. Christine took it from there and I went out and partied. The next morning I woke up thinkin’, “damn, why’d I do that? I should have stayed in.” Anyway, I made some good coffee and got ready for our shoot. Everyone showed up on time at 9am and we got to it. After a donut of course. My gf Whitney played the role of Bruce_Unboxed’s girlfriend and I even play a cameo role as Bruce’s roomate, Troy. We finished our shoot at a restaurant and had some fried food and wrapped our shoot around 4 or 5pm. Easy. Went out again that night after sync’ing my footage and sound. Sunday, I was excited to edit and woke up at like 7:45am to get showered up and make coffee. I worked nonstop until I was done. Final file was literally uploaded around 6:30pm just in time to preview it and make sure it was good for the 7pm deadline. I got it sent in and we couldn’t be more proud. This was a super fun and zany short film to make and I love it! I’ll eventually post it here but if you can, come to the movie theatre to see it Wednesday, September 27th. As far as I know it will be 6:30pm show start @Village Pointe Cinema. There are 28 short films then awards. Should be a super fun and entertaining night. Stay tuned for confirmation on those details.

(Pictured below – 1. Screen grab from the short of Bruce. 2. Bruce and Kevin about to shoot the doorway scene. 3. Bruce ready for his morning pajama scene. 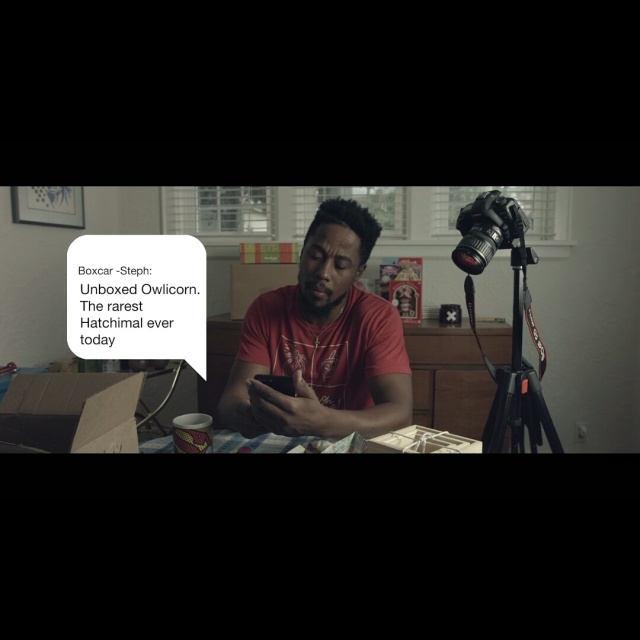